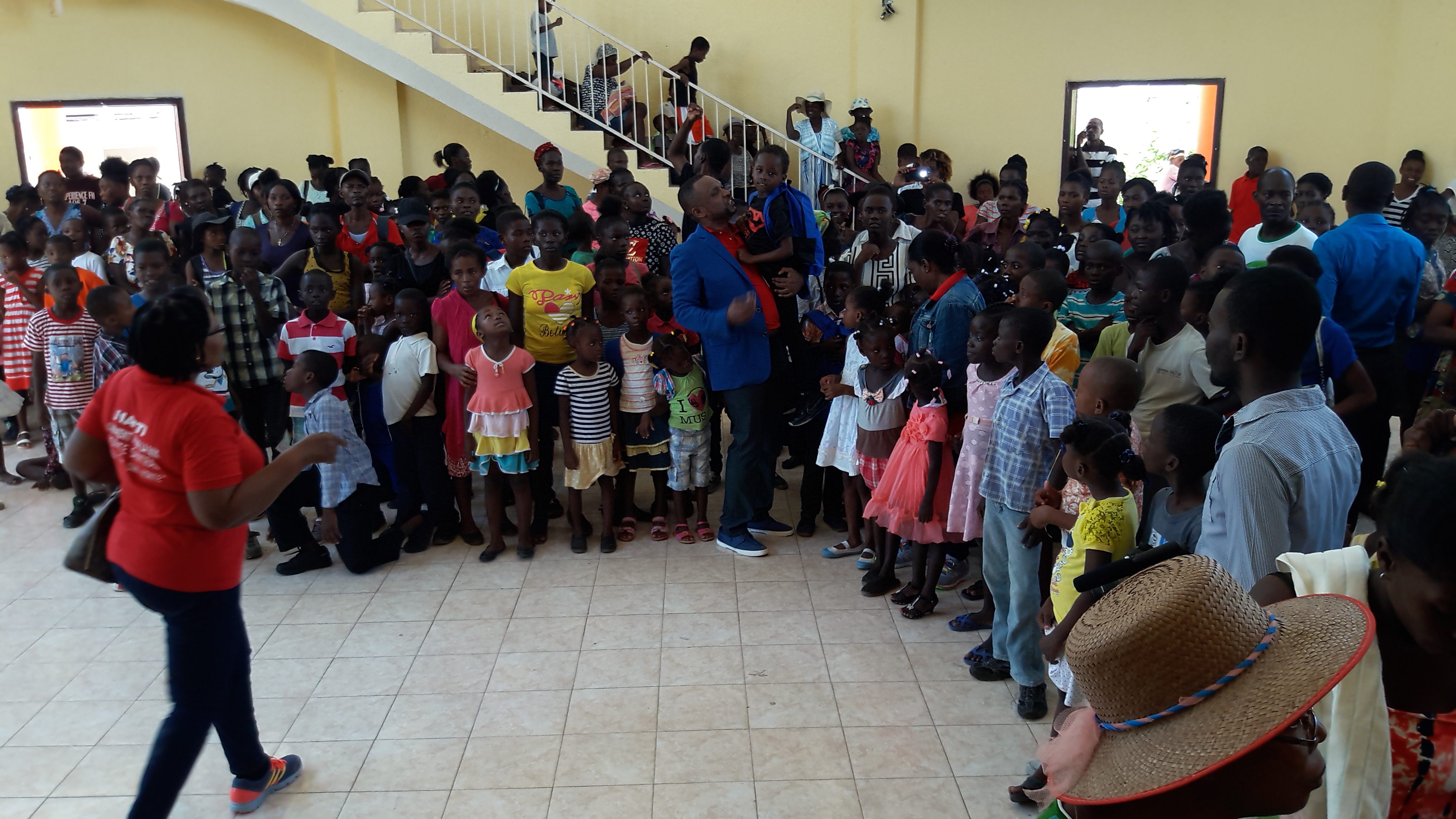 Education is the first step of peace!

Program Education is the first step of peace!

Jérémie is a commun

e and capital city of the Grand’Anse department in Haiti. The commune has a population of about 31,000 in 2003. It is seriously isolated from the rest of the country. The Grande-Anse River flows near the city.

Juvenile delinquency in Haiti is one of the biggest scourges of our society, this phenomenon is very complex. This deviance is linked to the development of urban society and the evolution of morals in the modern world, and the city of Jeremie is one of the victims of this serious problem that deserves a sustained attention from everyone.

That is why, for the year 2018 only, Haiti Movement For Peace, chose the city of Jeremie, in the department of Grand-Anse of Haiti, as one of the priority cities which

enjoyed a rate of school equipment quite considerable such as 200 instrumentation boxes of geometries, 3000 notebooks, 1500 pens, 1000 pencils, 700 backpacks, for a number of 700 children unable to go to school.

HAMOPA sincerely believes in the education of our young people. Thanks to a systematic educational collaboration of young Haitian citizens, the country will effectively know days, insecurity will face down. Young people represent the heart of any civilized society, since they are the future, and an essential capital of the development of a society.